the Catcher in the rye:
​Review by Justin Ward

The Catcher in the Rye﻿
By: J.D Salinger
​Recommendations:
This book came to me upon a recommendation from Mrs. Henning and I'm glad it did. I found this book to be an extremely well done book. I liked it because I could find a connection from the book to my own personal life. I would recommend this book to anyone and everyone because I know that, even if it is the most minuscule way, everyone can at some point relate to this book. I believe this because at some point in time everyone will judge someone else in some way or another. Therefore I would strongly recommend this book to people who are of a younger age and people who often judge others. To the people that are more judgmental it shows what you look like in a way, or just how silly it is to just sit and judge people all the time. It shows the flaws in humanity; it shows the flaws in individuals through story. Therefore I would rate this book 4.8 out of 5.

Style:
The style of this book is unlike all others that we have read during our time in class. It is told by a boy, Holden Caulfield, that is of younger age, therefore making it easier to comprehend and relate to. Even though it is fairly easy to fall into Holden's shoes, sometimes it becomes confusing because his focus and attention switch rapidly to different topics about his life. Also the diction that his uses in this book is extremely comprehendible which make the book flow through the story well. Since the diction is simple it is easier to connect and understand Holden's life at this point in time.

Metacognitive reader:
I started the book, Catcher in the Rye, because of a recommendation from Mrs. Henning. At the beginning of the book it is the most confusing; It is narrated by a man of younger age, Holden Caulfield, and his focus switches very rapidly at times, therefore making it more difficult to understand at times especially in the beginning of the book. The language used by Holden Caulfield was mostly quite simple and easy to understand. Which helps build his character in the story. The story is about Holden Caulfield's life following his expulsion  from Princeton University and sojourning in the city of New York where he had some unexpected experiences.
To my understanding this book is unlike many others by the standards of literary merit. The first reason why it surprised me that this book is of literary merit is that I actually enjoyed reading this book . Also the language is simple and direct unlike many other books.  For example Holden says "All morons hate it when you call them a moron" (Salinger 127). This shows how simple and straight forward the narrator speaks. I think it is good that Salinger decided to make it simple because it allows the reader to understand him more. Not that he is illiterate, but that he is not the smartest kid of them all. He's just an average kid his age.
My reactions to this book shifted constantly. At times I would feel bad for him; for example the time when he had the prostitute in his room and all he wanted was just to be with someone. He just did not want to be alone, which I believe that everyone feels this in their life at times; thus making it easy to be sympathetic. Another emotion that was provoked was joy. When Holden visited his sister, Phoebe, it was beautiful in a sense because they were best friends. He even, when he knew he had to leave, cried before her. Even though at times I would feel sorry for him, I would also cringe or feel confused to the things he does or says. Such as the time when he calls up Sally Hayes and their whole interaction. He even asks her to run away with him even though he is not the most fond of her. These mixture of feelings is what entraps one in this book. It makes you feel that you know him personally. 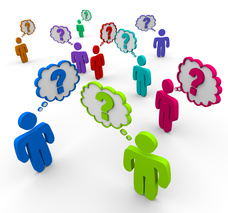 Questions:
What was the inspiration for creating the character Holden Caulfield?
How does this relate to you or anyone else?
​Do you think that Holden may be suffering from some psychological disorder?
Could Holden be a example of what not to be in a sense?
What do you think would be the effect of Phoebe was never mentioned within the book?
Theme:
In J.D Salinger's book, The Catcher in the Rye, he uses the judgements of Holden Caulfield to set up a theme within the book. He uses these judgments to set up the theme that one must let others be themselves and continue without judgement. This theme is present throughout the book just as are Holden's judgements of others.
Towards the beginning of this book Holden's judgements or comments seem to be more subtle and discreet. He does this by playing on the idea that people judge their friends often even if they are just joking. Which actually is pretty sad that people think it is normal to judge their friends even if it is from a "harmless" joke. Though after reading the rest of the book and coming back to the beginning it really shows how sad it is to judge fellow peers.  As the story continues though he begins to just constantly judge everything. Almost everyone he sees he calls phonies; he especially calls the life of adults phones. This further expresses the theme. Salinger basically shows people what not to be like by using Holden as an example.
By: Justin Ward
8 June 2016